About twenty kilometres from Poitiers, this plural and bewitching city is worth a visit.

Classed as one of the most beautiful detours in France, the Medieval City is distinguished by its five fortified castles built on the same rocky spur, one of which, the Château des Evêques, hosts a famous falconry show. 100% picturesque.

Symbol of the medieval past

A rocky spur bristling with fortresses and overlooking the Vienne valley is what the visitor sees as he approaches Chauvigny. The five fortified castles located on the same promontory make this medieval city a grandiose site, unique in Europe! At the far end stands the bishops' castle, which lends its setting to the spectacle of the Giants of Heaven. Don't miss the Château d'Harcourt, the best preserved of the medieval quintet. Listed as a historic monument, the keep of the Château de Gouzon has housed the Industrial Archaeology Area since 1993. 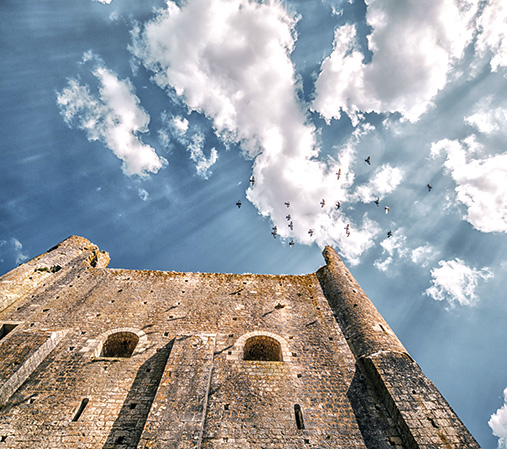 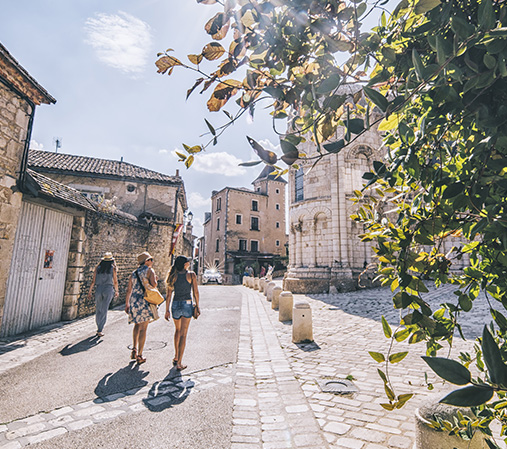 The Chauvinois craftsmen draw inspiration from the rich history of their town. Strolling through the picturesque streets, you will come face to face with a leather goods maker, a potter, a sculptor... Two factories also bear witness to local know-how: the famous porcelain maker Deshoulières Apilco and the women's lingerie brand Indiscrète. Their factory outlets are a great success.

The Giants of the Sky

The baronial castle known as the Château des Évêques offers an exceptional setting for impressive falconry shows. In the open-air amphitheatre, birds from all over the world whirl above the audience captivated by this high-flying ballet. Every year, new species are added to the family of the Giants of the Sky, which already includes several stars of the big screen. 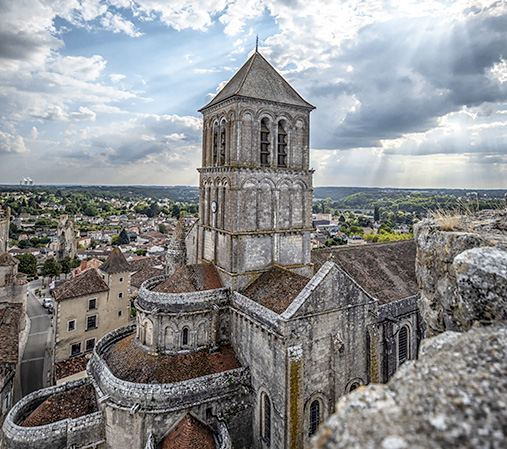 In the centre of the Medieval City stands the elegant silhouette of the Collegiate Church of Saint Peter, a jewel of Romanesque art. Known worldwide for their rich sculptural heritage, the choir capitals represent episodes from the lives of the Virgin and Jesus, as well as a profusion of animals and monsters.

Funny colourful machines take the old railway line for 17 kilometres of communion with the fauna and flora. In pairs, with family or friends, up to five per vehicle, you can pedal with your hair in the wind, ride through the undergrowth, cross viaducts, overhang the river... As a bonus, these two-hour rides on VéloRail offer you a breathtaking view of the medieval city. 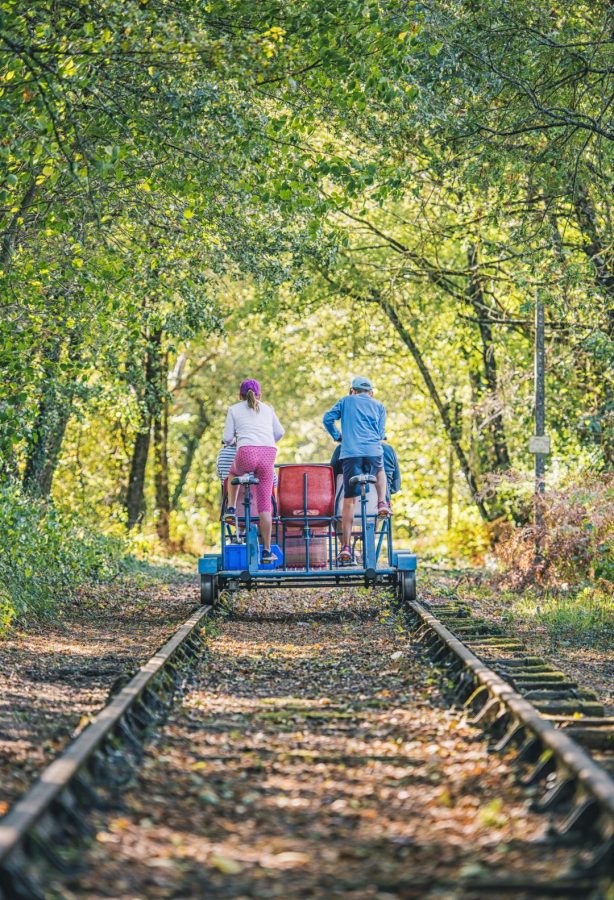 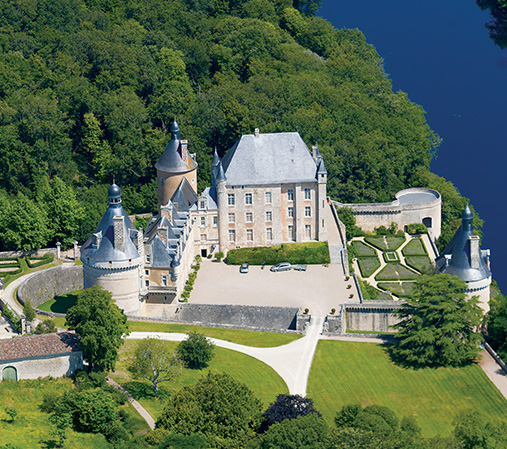 The Castle of Touffou (Good)

In the great lineage of the castles of the Loire Valley, Touffou reached its apogee during the Renaissance. In 1966, David Ogilvy, the New York publicist who inspired the character of Don Draper in "Mad Men", bought the estate. With his wife, he set to work on a titanic task, as much for the maintenance of the old stones as for the creation of the entire park. The latter, divided into three parts, easily justifies its label "Remarkable Gardens". From this majestic residence overlooking the Vienne River, you can visit the frescoed François 1er tower, the chapel tower and its dungeons or the old kitchens. Open on Saturdays and Sundays from April 6th to the end of September.