Museum of Popular Traditions and Archaeology

The Museum of Popular Traditions and Archaeology was designed around 1960 in the former presbytery of the Saint-Pierre collegiate church, with the collections of the Société de Recherches Archéologiques du pays Chauvinois.

The Collection: Through objects from Chauvinois archaeological sites, the Neolithic and protohistoric periods, the life of the Gallo-Romans with a rich collection of ceramics, as well as the Middle Ages with discoveries from the city's fortified castles are illustrated.

To evoke the modern and contemporary periods, clothing and everyday objects are on display. On the first floor, there are two rooms: One displays archaeological collections from Gallo-Roman sites, Saint-Pierre les Églises in Chauvigny and the Gué de Sciaux in Antigny, and, for the medieval period, the castles of Montléon, Gouzon and the Baronial castle of Chauvigny. The other displays a series of models illustrating the urban and rural evolution of Chauvigny and its territory from the 3rd millennium BC, through the Middle Ages, to the years 1880-1900.

From November to March: weekends and public holidays from 14h to 18h 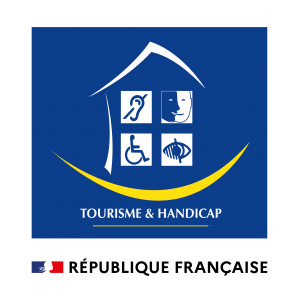