Founded in the 10th century on the site of the Gallo-Roman thermal baths, the church is placed under the name of Saint Germain, bishop of Paris in the 6th century. 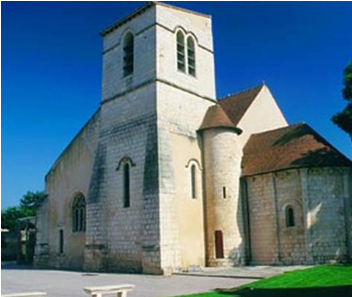 The oldest parts of the present church do not go back beyond the 12th century and concern the chevet. Successively, the 13th, 15th and 16th centuries have made changes to the bell tower, the nave or the small Renaissance chapel attached to the south side.

Disused for worship since the Revolution, this former parish church has subsequently been used for various purposes, it was even planned for a time to transform it into a primary school.

Its purchase by the City of Poitiers in 1990 gave it a new identity: restored, integrated into an overall urban project (development of a square by the visual artist Narboni) which links it to the Conservatoire de Région, it was transformed into an auditorium.

Open only during the Heritage Days in September.